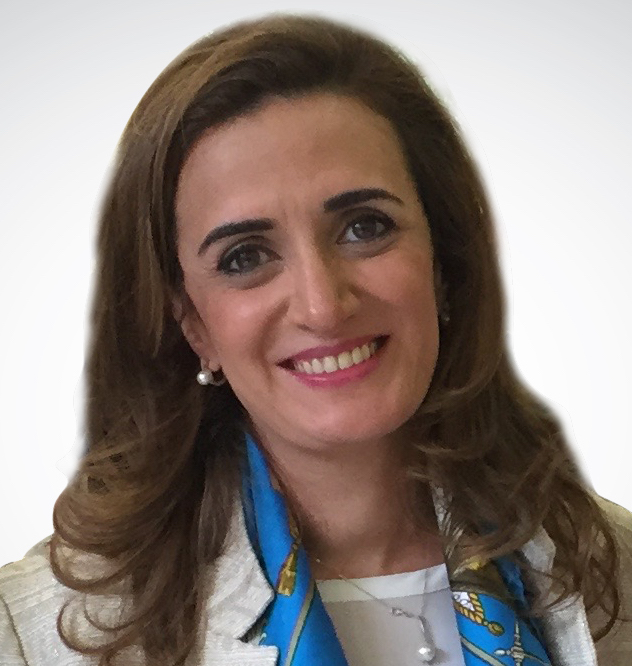 Professor Marianne Abi Fadel is the elected Dean since 2013 of the Faculty of Pharmacy at Saint Joseph University of Beirut USJ, and head of the Biochemistry and Molecular Therapeutics laboratory (LBTM) at the School of Pharmacy. She is also an invited researcher at INSERM U1148 in Bichat hospital in Paris, and head of the Laboratory Rodolphe Mérieux in Lebanon since 2018 providing diagnosis to migrants and vulnerable populations.

Born in Beirut, she received her PharmD from USJ in 1996, her Clinical Biochemistry Specialization Diploma and her PhD in Molecular Genetics in 2003 and the French accreditation to supervise research from the University of Paris-Descartes. Her main scientific achievement is the discovery of the implication of PCSK9 in Familial Hypercholesterolemia by identifying its first GOF mutations (Abifadel et al. Nature Genetics 2003). This was the seminal paper linking PCSK9 to cholesterol metabolism and was the starting point of the PCSK9 adventure from gene to a new therapeutic class: the anti-PCSK9. She is a professor of biochemistry and molecular biology at USJ and has several papers in high impact journals.

Her research focuses on PCSK9, the genetics of Familial Hypercholesterolemia FH, dyslipidemia, aneurysms, cardiovascular and metabolic diseases in Lebanon (LBTM in collaboration with Hotel Dieu de France HDF hospital), in the Middle East and in the French population at INSERM U1148, Bichat Hospital. She works in collaboration with INSERM U1148 team in Paris, as well as other international teams at IRCM Montreal, Karolinska Institutet, the FHSC/EAS, and collaborators in the MENA region. Besides her discovery of PCSK9 in FH, she has also identified the implication of THSD4 in thoracic aortic aneurysm, studied PCSK9 as a modifier gene in FH Lebanese patients carrying the same mutation of the LDLR, identified PCSK9 mutation in FCHL, studied Tangier disease, hypobetalipoproteinemia, hypertriglyceridemia and other rare metabolic and cardiovascular diseases in patients from Lebanon and the Middle East. She works on improving the diagnosis of non-communicable diseases but also of communicable and infectious diseases (COVID19, tuberculosis…) in collaboration with the Mérieux Foundation and Gabriel Network.

She was awarded several distinctions in France and Lebanon for her work on FH, and familial aortic aneurysms: The Chancellery of Paris Universities: Nathalie Demassieux prize in 2004, the CNRS-L (National Council for Scientific Research, Lebanon) Award in Recognition of Distinguished Scientific Researchers in 2012, the Order of Pharmacists of Lebanon Award in 2012, the ‘Société des Membres de la Légion d’honneur’ Scientific Excellence Award in 2016, and the prestigious Christophe Mérieux Prize 2021, from the “Institut de France” in Paris. She was a Principal Investigator of an international team working on PCSK9 as part of a Leducq Foundation group, invited speaker in International scientific meetings and member of advisory boards. She is an elected member in the National French Academy of Pharmacy as international correspondent since 2019, National Lead of Lebanon at EAS-FHSC; Member of the GABRIEL network; Member of the International Society of Atherosclerosis and member of the Saint Joseph University of Beirut and HDF hospital government boards.